"Varistor" is a non-linear voltammetric characteristics of the resistance device. Mainly used in the circuit to withstand overvoltage when the voltage clamp, Absorb excess voltage, Protective circuit of the sensitive components. Connected to the power supply line on the varistor appeared fire burning,Crisis near the other components of the accident. My company carried out a lot of research and analysis work,  Take the corresponding countermeasures, Greatly reducing the probability of such accidents. Therefore, the use of varistor safety is still worthy of attention, Need to continue to study the subject. Varistor fire burning is generally caused by the following questions:
1,> aging failure
2,> transient overvoltage damage
3,> breakdown failure
① varistor aging failure:
The disadvantage of varistor is easy to aging. In most cases, the P-N junction will cause a short circuit and can not be rotated to the normal state, In the electric shock repeatedly under the action of the varistor within the diode components were breakdown. The resistance of the low resistance linearization gradually increased, Varistor voltage is getting lower and lower, Leakage current is growing, With the MOV body temperature increases, Leakage current greater,The formation of a vicious circle. As well as the VDR temperature rise to the outer envelope of the ignition, This situation is called high impedance short circuit (1kΩ or so)Joule heat makes VDR heat increased and concentrated into the weak point, Weak material melting. After forming a short hole of about 1 kΩ, The power supply continues to push a larger current into the short circuit point, The formation of high fever and fire. Research indicates, If the varistor has a manufacturing defect, Prone to early failure, The intensity of the electric impact of repeated repeated effects, Will also accelerate the aging process, So that premature failure of aging. Customers in the choice of purchasing varistors, Need to buy regular manufacturers products,Do not just buy low-priced products.

② varistor transient overvoltage damage:
This means that a strong transient overvoltage causes the resistor to perforate, Leading to greater current and high heat. The whole process takes place in a short time, So that the heat-resisting junction provided on the resistor element is less likely to blow. In the three-phase power protection, N-PE line between the varistor burned fire accident probability is higher, Most of this is the case. The corresponding countermeasures focused on the varistor after the damage did not fire. Some of the application of varistor technology, Recommended with varistor series current fuse (fuse) for protection.

③ varistor failure to wear failure:
Because the zinc oxide varistor can not withstand the over-voltage or long high-frequency voltage, There will be a short circuit and breakdown failure, The occurrence of thermal breakdown of the destructive (high current). Varistor has two kinds of damage: One is the poor quality of the manufacturer's products,In the normal use of conditions quickly damaged; The other is the use of high voltage, To promote the varistor thermal breakdown or electric breakdown damage. 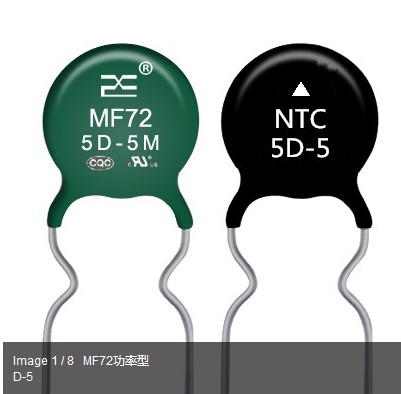