What is a resistive sensor?

A resistive sensor is a device that converts measured physical quantities such as displacement, deformation, force, acceleration, humidity, temperature, etc. into resistance values.
Resistive sensor device. There are mainly resistive strain sensors such as resistance strain type, piezoresistive type, thermal resistance, heat sensitive, gas sensitive and humidity sensitive. The strain gauge in the sensor has a strain effect of the metal, that is, mechanical deformation under the action of an external force, so that the resistance value changes accordingly. There are two types of resistance strain gauges: metal and semiconductor. Metal strain gauges are available in wire, foil and film. Semiconductor strain gauges have the advantages of high sensitivity (usually dozens of times of silk and foil) and small lateral effects. 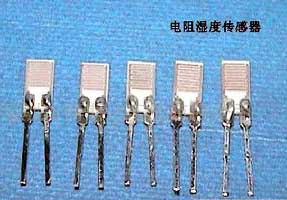