What is a Thermoelectric sensor? 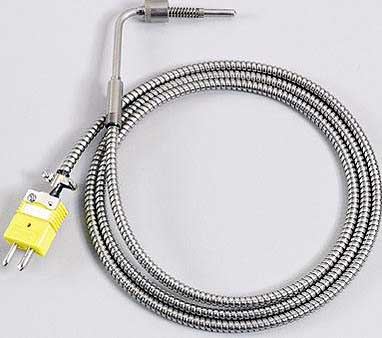 ), when a PN junction is formed, its reverse saturation current is basically only related to temperature. The PN junction integrated temperature sensor made according to this principle can directly display the absolute temperature K and has good linearity and precision.
Thermistors made of semiconductor materials have high sensitivity and can be applied to various fields. The thermocouple generally has a good linearity when measuring high temperature, and the thermistor is convenient for the temperature below 200 °C. The thermistor used in this experiment is a negative temperature coefficient. The change in the resistance value of the thermistor when the temperature changes causes the output voltage of the voltage/resistance conversion circuit composed of the operational amplifier to change accordingly. 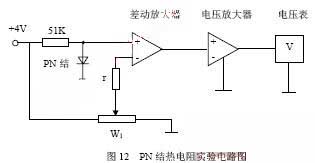 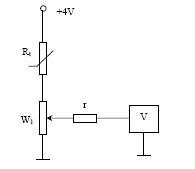 Five, note:
1. Before the experiment, check whether the experimental patch cord is intact. When connecting the circuit, try to use a shorter patch cord to avoid introducing interference.
2. Plug the patch cord into the jack to ensure good contact. Do not pull the tail of the patch cord forcefully to avoid breaking the wire inside the cable.
3. Do not short-circuit the regulated power supply to the ground. The ground of all unit circuits must be connected to the power ground.
4. Because the differential amplifier amplification factor is ≈100 times in the instrument, the thermoelectric potential amplified by the differential amplifier is not very accurate, so the hot end temperature obtained by looking up the table is also an approximation.
5. The three-and-a-half digital voltmeter must be in 2V.