Introduction of various types of sensors in smart home appliances

Faced with the gradual popularization and development of intelligent home networks, the introduction of various sensors into home appliances has become more urgent. It is hoped that home electrical energy will increase the comfort of use, reduce energy consumption and water consumption, facilitate cleaning, reduce noise and vibration, improve the quality of use, and achieve complex intelligence. 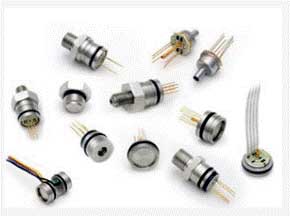 In recent years, new and improved miniature sensors have been used in washing machines and dishwashers.

(1) Pressure sensors are used as water level switches or more complex devices, such as monitoring of foam levels in washing machines and dryers.

(3) The photoelectric system is used to monitor the turbidity of the washing machine so that the number of flushing cycles is consistent with the actual needs (aqueous agent system).

(4) The electromagnetic sensor is used in the dishwasher to control the movement of the spray arm.

Advanced sensors are also used in many other appliances.

(1) Non-contact detection system. For example, a micromachined thermocouple infrared sensor for temperature control, which can also be used in cookware, hair care appliances and toasters.

(2) Flow sensors can be used to detect air quality in electric fans and vacuum cleaners.

(3) Acceleration and slope sensors can be used in electric arcs.

The reed switch is a typical example of long-distance sensing technology. It is used in thousands of electrical equipment.
Applications of reed technology include:
1, the turbine meter measures the liquid flow;
2, water level monitoring, for example in a coffee machine, or in a dishwasher to monitor the water level of softeners and clarifiers;
3, the movement control of the spray arm of the dishwasher;
4, washing machine drum position detection;
5, safety control of electrical door detection;
6, electric toothbrush;
7, the reed sensor in the carpet vacuum cleaner;
3, massage chair, bathtub lift and the movement of the hospital bed or the detection of the final position.

Take some new or improved sensors for smart small appliances as an example.

(2) Smart medical sensors are used for protective equipment. An improved UV sensor is used in the device as a protection against allergy to UV light.

(3) Intelligent shoes can use the acceleration sensor to measure the movement of the footsteps, and also calculate the distance between the runners and the walkers.

(4) The distance sensor and pressure sensor are used to adjust the blade during use of the razor.

(5) In many kitchen appliances, some sensors can be used to implement automatic cooking functions, such as determining the state of the food and monitoring for possible accidents.

(6) Some sensors can be used to operate the vacuum cleaner from a distance. More applications of sensors in home appliances are shown in Table 1.
Share:
PREV：What is a resistive sensor?
NEXT：Design and Commissioning of Temperature sensor Temperature Control Circuit