Introduction of the Difference between EK Thermocouple and PT100 Thermal Resistance 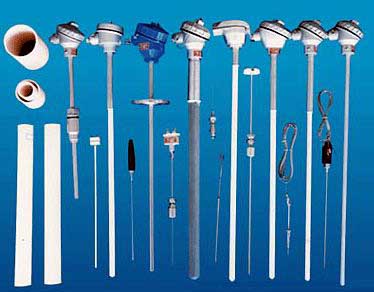 EK thermocouple
Thermocouples are one of the most commonly used temperature sensing components in the industry. The working principle of thermocouples is based on the Seeback effect.
That is, the two ends of the conductors of different compositions are connected into a loop, and if the temperatures of the two terminals are different, a physical phenomenon of thermal current is generated in the loop. The advantages are:
1> Measurement accuracy is high. Because the thermocouple is in direct contact with the object to be tested, it is not affected by the intermediate medium.
2> Wide measurement range. Commonly used thermocouples can be continuously measured from -50 to +1600 °C. Some special thermocouples can measure -269 °C (such as gold-iron nickel-chromium), up to +2800 °C (such as tungsten-bismuth).
3> simple structure, easy to use. Thermocouples are usually made up of two different wires and are not limited by size and opening. They have a protective sleeve and are very convenient to use.

Two kinds of conductors or semiconductors A and B are welded together to form a closed circuit, as shown in Figure 2-1-1.

When there is a temperature difference between the two attachment points 1 and 2 of conductors A and B.
An electromotive force is generated between the two, thus forming a current of a magnitude in the loop. This phenomenon is called a thermoelectric effect.
Thermocouples use this effect to work.