NTC stands for negative temperature coefficient (coefficient).
It is a type of sensor whose property is that its resistance decreases as the temperature rises.

Circuit symbols (one arrow symbolizes the temperature, the other the resistance)

Note: In contrast, there are of course PTC's (positive temperature coefficient). Its resistance increases when the temperature rises. Basically, every conductor or filament lamp wire is a PTC. PTCs are used as heating elements (e.g. lambda probe heating). 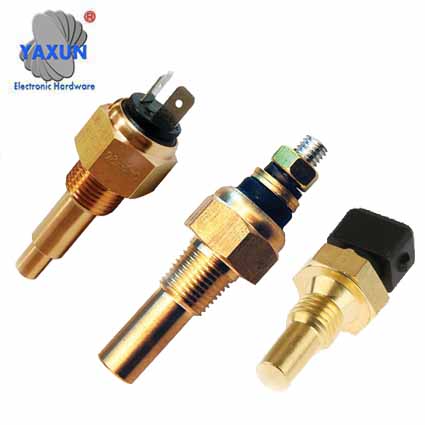 Explanation using the example of the coolant NTC

The behavior of an NTC thermistor is remarkable, after all, you know from physics lessons that a conductor is less conducive to electrons when it is warm. But temperature sensors are semiconducting components that have a PN transition (see explanation). At the transition between the p- and n-conducting layer, the resistance decreases as the temperature rises, thus facilitating a greater flow of electrons.

On the one hand, pure semiconductor materials and, on the other hand, various other alloys with negative temperature coefficients show thermoconductive behavior. Semiconducting metal oxide mixtures such as ZkTiO4 and MgCr2O4 and many more are used. Another term for NTC thermistors is also thermistor.

A failure of the coolant NTC is often noticeable through poor starting behavior, increased idling speed and higher fuel consumption. The exhaust gas also gets worse. Reason: a connector that has been detached, for example, simulates an infinitely high resistance and thus extreme cold. The engine control unit detects this error through a plausibility check (error detection) and switches to a substitute value. This is saved in the error memory. 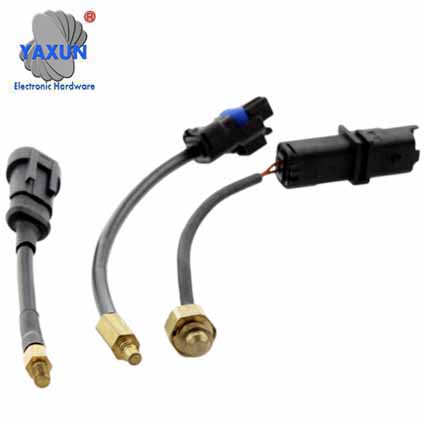 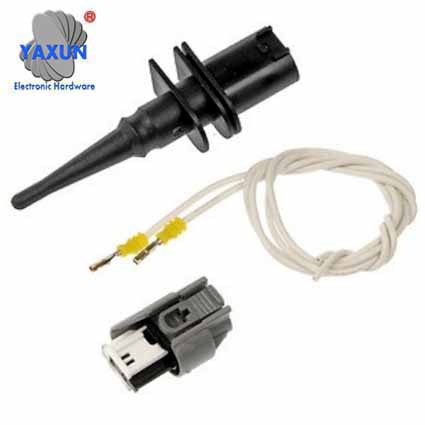 Special temperature sensors are required to protect components such as turbochargers. They sit directly in the exhaust gas flow, measure its temperature and forward the data to the engine control unit for evaluation and further processing.

The high temperature sensor (HTS) from BERU, which has a measuring range from minus 40 to plus 950 degrees Celsius, has a high level of exhaust gas resistance. As the actual sensor, it has an RTD element (Resistance Temperature Detector) made of platinum with a standard characteristic curve in accordance with DIN IEC 751. A major plus point of such a platinum sensor element is its standardized characteristic curve and OBD capability over all temperature ranges. It is ideally suited for Monitoring of turbochargers, exhaust gas recirculation systems, diesel particulate filters and DeNOx catalysts.

Conventional platinum sensor elements consist of a thin layer of platinum applied to a substrate made of aluminum oxide, which in turn is protected from damage by a thin glass cover. At temperatures of around 800 degrees Celsius, processes set in with platinum measuring resistors which, among other things, can change their characteristic curve. In the newly developed platinum measuring resistor, BERU has therefore replaced this glaze layer with an insulating ceramic layer, which is applied tightly with the help of special processes. This structure prevents chemical aging of the sensor element. The measuring resistor is well protected in a closed protective cap filled with magnesium oxide. Like all subsequent metallic components, this consists of the special chrome-nickel steel INCONEL 601, which is excellently suited for use due to its excellent temperature and sulfur resistance.

If you basically connect two different metals at one end, you get a thermocouple. This converts heat into electrical energy through thermoelectricity (Seebeck effect). At the free ends of the two interconnected conductors, an electrical voltage is generated when there is a temperature difference along the conductors. The connection point and the free ends must have different temperatures for this. A thermocouple is therefore also suitable as a temperature sensor.