The manufacturer of the RTD PT100 sensor 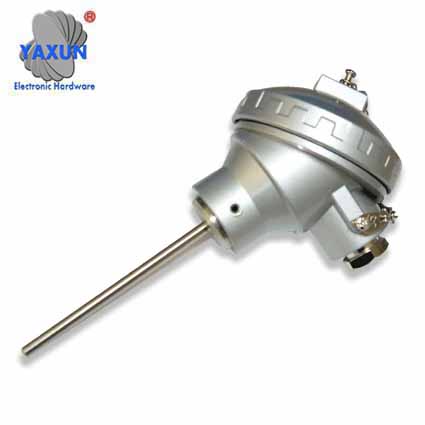 Wirewound Pt100 Sensors
Wirewound Pt100 sensors consist of a length of platinum wire wound around a glass or ceramic core. These types of elements are typically 1 to 5 mm in diameter and 10 to 50 mm in length. The ceramic or glass core can make them brittle and susceptible to vibration so they are normally protected within a sheath to form a probe for practical use.

Thin Film Pt100 Sensors
Thin film Pt100 sensors are manufactured using materials and processes similar to those used in the manufacture of integrated circuits. A platinum film is deposited on a ceramic substrate that is encapsulated. This method allows the production of small, precise and fast response sensors. The thin film Pt100 elements are more modern and with a more compact size. 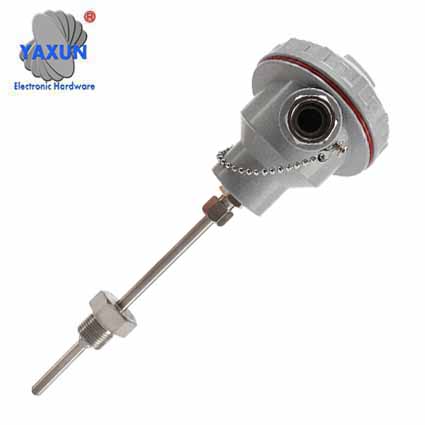 RTD element
The sensing zone of the sensor can most commonly be made of platinum, nickel or copper. YAXUN has two types of elements: wound yarn and thin film. 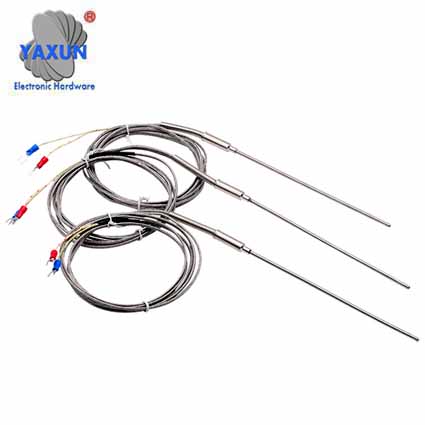 Pt100 temperature probe
An assembly made up of a Pt100 element, a sheath, a lead wire, and a termination or connection. The standard RTD probe is made with a 100 ohm platinum European curve element (alpha = 0.00385).

Platinum RTD Sensors
Also known as Pt RTDs, platinum sensors are typically the most linear, stable, repeatable, and accurate of all RTDs. Platinum wire was chosen by as it is best suited to the needs of precision thermometry.

Thin film RTD element
Thin film RTDs consist of a thin layer of a base metal embedded in a ceramic substrate and trimmed to produce the desired resistance value. OMEGA pt100s are made by depositing a platinum film on a substrate and then encapsulating the two. This method allows the production of small, precise, and fast response sensors. The thin film elements conform to the European / DIN 43760 curve standards and the standard tolerance of "0.1% DIN". 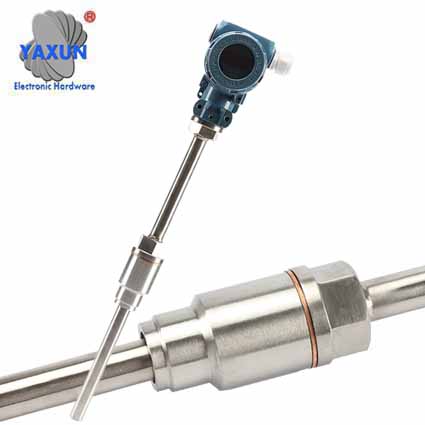 Coiled wire
The standard RTD elements used in YAXUN probe sets are made from 99.99% pure platinum wire wound on a glass or ceramic core and hermetically sealed within a glass or ceramic capsule.
Share:
PREV：The difference between platinum resistance and thermocouple
NEXT：China Manufacturer of Thermal Resistance Temperature Sensor