What is polymer resettable fuse?
Polymer positive temperature coefficient fuses can help protect against over-current surges and over-temperature faults. Polymer PTC can limit the flow of dangerous large currents under fault conditions. But it is different from traditional fuses that must be replaced only once. The PTC fuse carefully built by YAXUN for twelve years can be reset after troubleshooting and disconnecting the power supply. Reduce product costs, service and maintenance costs.
PTC fuses are made of polymer PTC materials mixed with nano conductor particles. As shown in Figure 1, the raw material tightly binds the conductor to the crystalline structure at normal temperature, forming a low-impedance link. However, when a large current passes through or the ambient temperature rises, causing the device temperature to be higher than the operating temperature, the conductors in the polymer melt and become irregularly arranged, the volume expands and leads to a rapid increase in impedance. 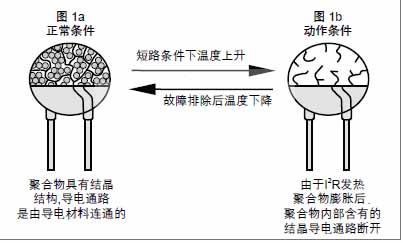 In the circuit, the positive temperature coefficient overcurrent protection device is used in series in the circuit. When the current increases rapidly, the PPTC fuse changes from low resistance to high resistance to protect the circuit. This is called PPTC fuse ‘action’, as shown in Figure 2 is a typical application. 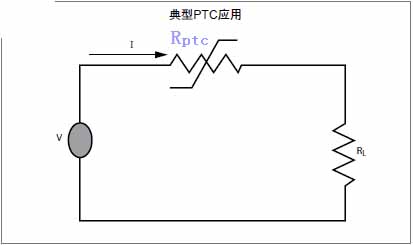 In the normal working state, the resistance of this PPTC device is much smaller than the rest of the resistance in the circuit. But in response to an overcurrent situation, the resistance of the PPTC is increased (action), thereby reducing the current in the circuit to a value that can be safely carried by any component. This protection action is caused by the heat generated by the internal I2RT or the high temperature of the surrounding devices of the PTC fuse, which causes the PPTC temperature to rise rapidly.

The operating principle of PTC fuses 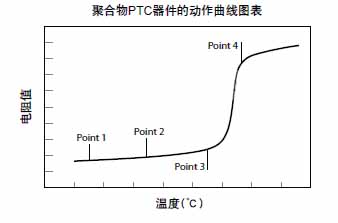 Example of holding and operating current as a function of temperature

Figure 5 shows a pair of typical operating curve pairs of polymerized PTC fuses in still air at 0°C and 75°C. These curves are different because the heat required to actuate the device comes from the electrical I2RT heating and the device environment. The heat input of the environment at 75°C is much larger than that at 0°C, so the additional I2RT required for the action is relatively small, resulting in a lower operating current within a given operating time. (Or faster protection under a given operating current) 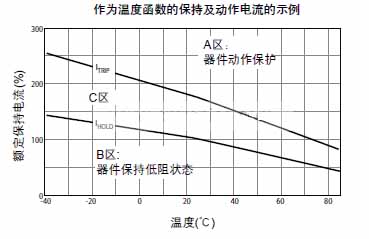 Figure 6 shows the typical behavior of a PTC fuse that operates and subsequently cools down. In this figure, we can clearly see that even after several hours, the resistance of the PTC is still greater than the initial resistance. The process of decreasing the resistance value will continue for a longer period of time, and the final resistance will approach the initial resistance value. According to the experiment, it can be used again within 30 seconds after the power is cut off. (If it is inside the motor, it can be used after the motor has cooled down.). 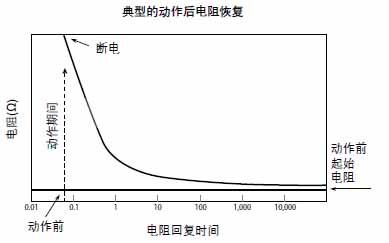 Step 4: Determine the operating time of the PPTC fuse
The protection action time is the amount of time it takes to switch the device to a high resistance state when the fault current passes through the PTC. In order to provide the expected protection function, it is important to clarify the operating time of the PTC fuse. If the device you select moves too fast, abnormal or malfunctioning may occur. If the PTC protection action is too slow, the protected device may be damaged before the device operates and limits the current.
Use the protection action time curve at 25°C to determine whether the action time characteristics of the PTC fuse are acceptable under the expected fault current. If not, go back to step 2 to select another alternative PTC device.